Heya adventurers! We’ve started the EPIC 10th Anniversary Celebrations with a bang! I’m sure you’re all loving the pre-events we’re having but be warned, we’re not even done yet! We’ve only just begun! Stay tuned and watch out for what’s to come this week! And even though we’ve got all these goodies, don’t forget to take a peek at the Item Mall because we’ve got awesome stuff in-store!

Get your creative juices flowing and show off your awesome art to the community! The best part? You just might win (along with 4 other artists) 5,000 K-Ching and have your art appear in-game! Here’s your chance! Submission starts tomorrow, May 4, 2021 PDT!

We’re filling your days and inventories with TONS of goodies and rewards! This is an anniversary you don’t want to miss!

Tired of the bitterness of the outside world? Say no more, fam! Turn your guild base into your sweetest escape and leave all the unpleasantries behind! Transform your guild with the Guild Contract Package: Dessert Haven! 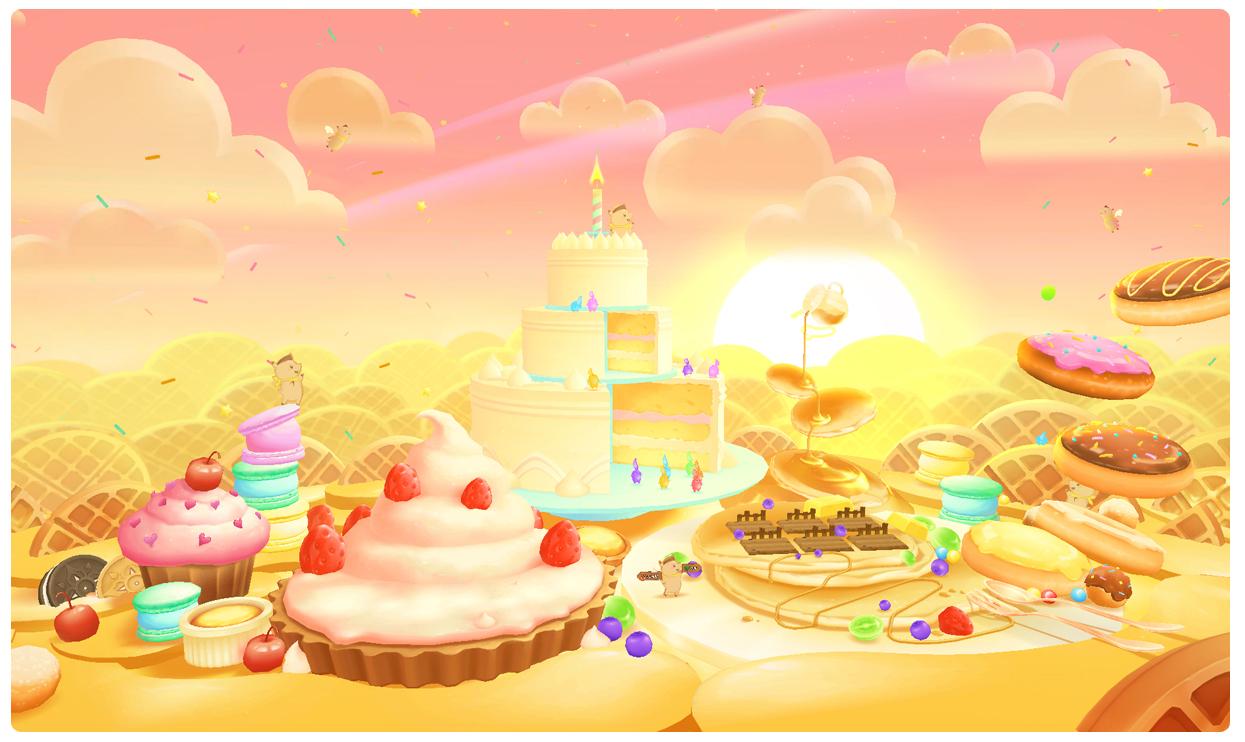 Don’t get bamboozled! Noah has disguised himself as the enemy to confuse them! He looks 1000x much cooler, though! Get Noah Ice Burner Evil Tracer 1 when it comes out soon! 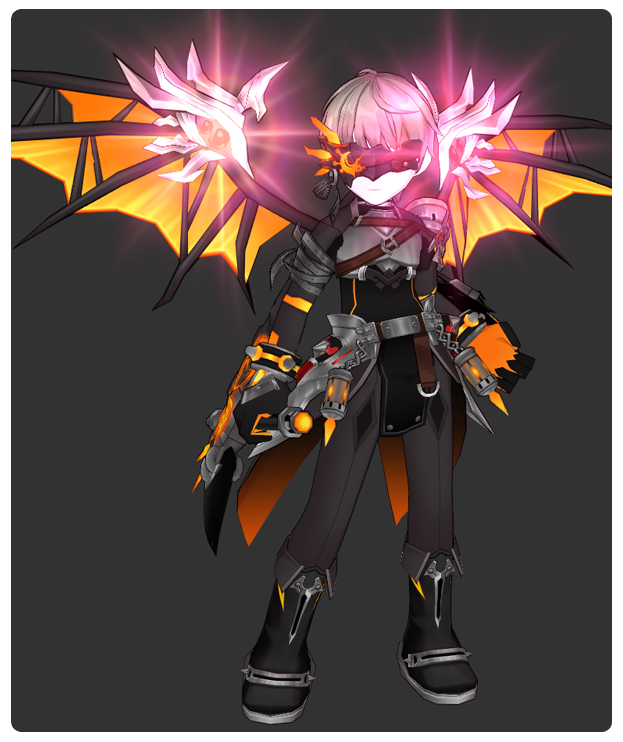 That’s all for now, folks~

Heya adventurers! How are you liking the Tirnog events? Most importantly though, how are y’all liking Tirnog itself? If you haven’t visited it yet, then what are you waiting for? But this week, will be a chill week so you can focus on getting to Tirnog and doing the events before they end! The Class Change Chance Event only has a few more days left though, so if you haven’t gotten a ticket of your choice yet, just login for a total of 60 minutes to get ‘em! And as always, don’t forget to check out the Item Mall for all the awesome items we have in-store for you this week!   Item Mall Goodies When in Tirnog, wear as the Tirnog-ians? Demons? Do! Put a lot of metal and a dash of fun and look like the Tirnog locals! Get Metalcore Carnival when it comes out!   Noah gets to choose which side to go to with two new Ice Burner Sets! Choose the side of the…

Heya adventurers! Guess what the New Year brings? New year, new region! And we all know what that means - new dungeons! Now, it's time to explore and discover what creatures - friend or foe - lie waiting in this new land! Of course, there'll be events and plenty of rewards, so you better prepare to make your way there! And as always, don't forget to check out all the fun new things we have at the Item Mall for you this week!   Tirnog Event Excited to explore Tirnog and discover what the new city has to offer? We'll give you a fun little sampler! When you login for 20 accumulative minutes once per week for 2 weeks, you'll get a [Cobo] Tirnog Region Trial Cube which contains a bunch of fun Tirnog goodies!   Class Change Chance Event Want to try out a new class? Here's your chance! When you login for 30 minutes you'll get a [Cobo] Class Change Select Cube where you can choose which…

Heya adventurers, Happy New Year to everyone! We hope you had a great 2021 with us and we’re hoping for an even greater 2022 with you! This week, the goal for level 99s is to make yourself super strong and haul in epic rewards in the process! Of course, these rewards will contribute to increasing your power! If you’re not level 99 yet, you still have time to catch up! Let’s all make ourselves stronger and better this year! And as always, don’t forget to check out all the wonderful things we have at the Item Mall!   Powerful Punch Master Events Level 99 but don’t know what to do next? Well, let’s start by reaching certain Combat Power milestones to get rewards! Once you’ve achieved certain Combat Power (CP) milestones starting at 300,000 CP you’ll start to gain rewards like: [Ariel] Fighter Potions, [Ariel] Sage’s Magic Stones, [Ariel] Stamina Potions, and so much more! The highest CP you can achieve for the event is 1,500,000 CP! But we…

Heya adventurers! We hope you had an excellent Christmas celebration last week! And if you don't celebrate Christmas, that's totally fine too! We’re glad that everyone enjoyed our Christmas events and sales! Those were some sweeeet events and even sweeter rewards, huh? This week is New Year's week and so we have an awesome New Year's event lined up! And as always, don't forget to check out the Item Mall for all the awesome goodies we have!     New Year Elsword Plan Event Time to make your plans for the New Year! We're laying out 9 plans and you get to choose 5 that you want to do! Complete the plans you chose and get rewarded after each completion! When you've completed ALL 5 plans, you get extra rewards, of course! Plus, we can all start the New Year strong with EXP x2 and DROP RATE x2!   Item Mall Goodies Butterflies aren't meant to just flutter in spring! Let Noah's elegance thrive in the winter with his…

Heya adventurers! It’s Christmas week and really beginning to look a lot like Christmas! For this holly-jolly week, we have extremely easy events that’ll give you TONS of rewards with very little effort! We also have a few improvements coming to how you reforge Amethystine Prophecies and how you obtain Jellmatis Fragments. Don’t forget to test it when these changes come out! Also, don’t forget to celebrate  your Christmas with us as well because we have something awesome in-store which you’ll just have to find out what this week! And as always, don’t forget to check out what we have in-store at the Item Mall this week!     Winter Attendance Event Did you say present? Coz that’s exactly what you’re getting when you login everyday! You’ll get rewards like: Shining Mystic Stones, Dungeon Entrance Tickets, Phoru Foot Stamps, and so much more! But remember, don’t miss a day because you won’t be able to get the reward for that particular day if you’re not logged in for at…

Heya adventurers! How are you loving Aisha’s newest path? Do you already have a Lord Azoth or are you still working on it? Don’t forget to participate in Aisha’s 4th Path event to get all the awesome rewards that comes with doing the very simple quests! And as always, don’t forget to check out the Item Mall for all the new stuff we have this week!   Item Mall Goodies The newest Pet: Derurung is going to be your new best friend! Watch as this cutie griffon plays with his pals or attack with a giant snowball! Get Derurung when it comes out this week!   Noah is ready to become the ruler of a chaotic realm! Get him Henir – Lord of Time and Space Ice Burner Set and watch what this young Ebalon noble can do with dimensional powers!   That’s all for now, folks~ See y’all in-game!

Heya adventurers! We hope you had fun receiving daily gifts last week! Make sure you remember to claim them through the UI if you’re just holding them there otherwise, you’ll lose them when the event ends! This week, Aisha gets a turn at her 4th Path! In pursuit of the ultimate truth, Aisha becomes a powerful immortal through her Alchemist path! Witness her new evolution this week! And as always, don’t forget to check out the Item Mall for all the wonderful things we have in-store for you!     Aisha 4th Path Event The path to immortality opens for Aisha and all the knowledge that comes with it comes gushing out! The way to the ultimate truth is paved with danger and she will stop at nothing to get it! New path coming means you get a new character slot! Get a free [Cobo] Character Slot Expansion Card (1 Space) just by logging in for 30 minutes! Clearing dungeons at least twice a day will reward players…

Heya adventurers! How are you liking the character balances we did last time? And how much did you haul during last week’s Black Friday and El Mega Days? We hope you got everything you need during those days! For this week, Ariel’s feeling a little generous, so she’s got a little something simple up her sleeve! But as always, don’t forget to check out the wonderful things we have at the Item Mall for you this week!   Ariel’s Gift Box Event Christmas is coming early to Elrios thanks to Ariel! All you must do is complete a few conditions depending on what day it is and viola – choose your rewards! You can choose to get a reward that gives a fix number of items or if you’re feeling extra lucky, you can choose the reward that gives a random number of items! Get rewards like Spectral Amethysts, Sage’s Magic Stone and MORE!     Item Mall Goodies Looking a little worst for wear? Do you need a…