Heya adventurers! How was y’alls New Year celebrations? Out with the old and in with the new, amirite? Speaking of new, we have a plethora of fantastic new things coming in this year! We’re starting out the Final Quattuors with Elesis’s 4th Path! And as always, don’t forget to take a peek at the Item Mall for the wonderful goodies we have in store for you this week!

To protect the people of Elrios from having been doomed to repeat its mistakes, Elesis carved a new path and created her own destiny! Let the story unfold and get your hands on awesome rewards!

Divine retribution is upon thine enemies! Don the powerful Sacred Knight Ice Burner and be the bringer of justice! Complete the set this week when it comes out! 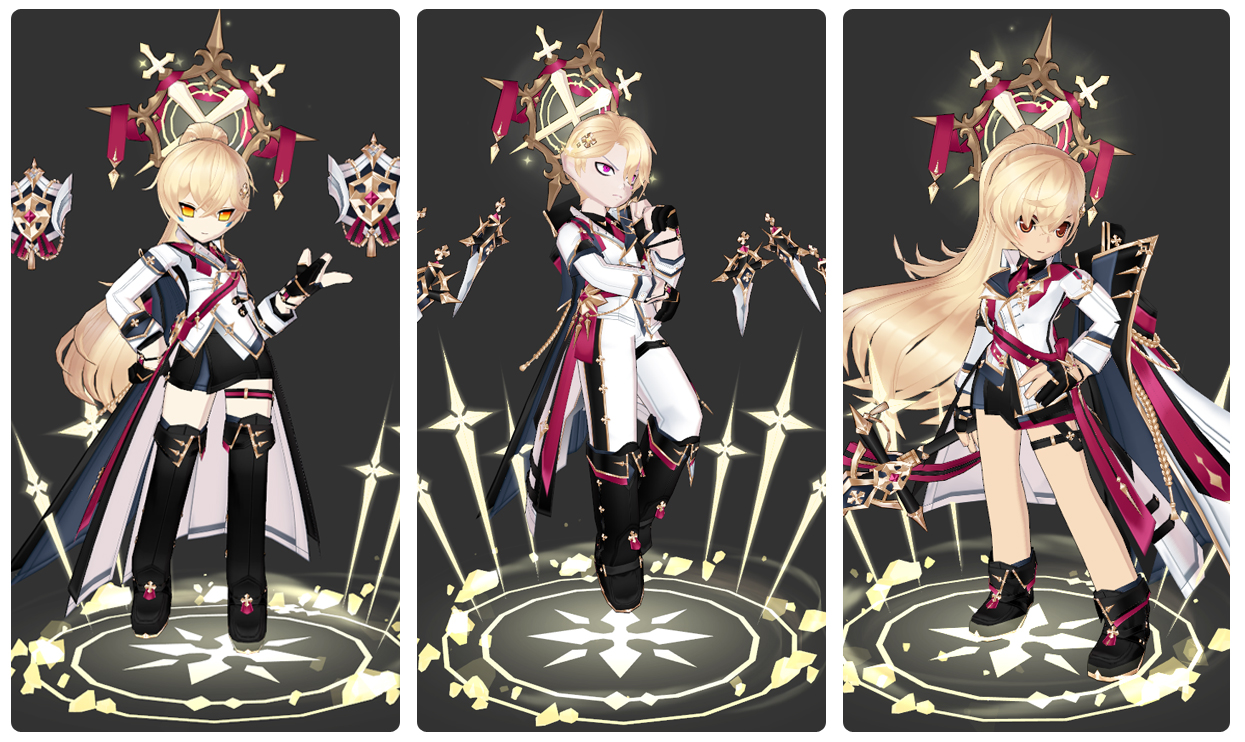 More beloved costumes and Ice Burners have come back! Get your hands on the Cotton Tail Costume Set and the Thanatos, Salvatore Ventus, and the Mariposa Requiem Ice Burner Sets! 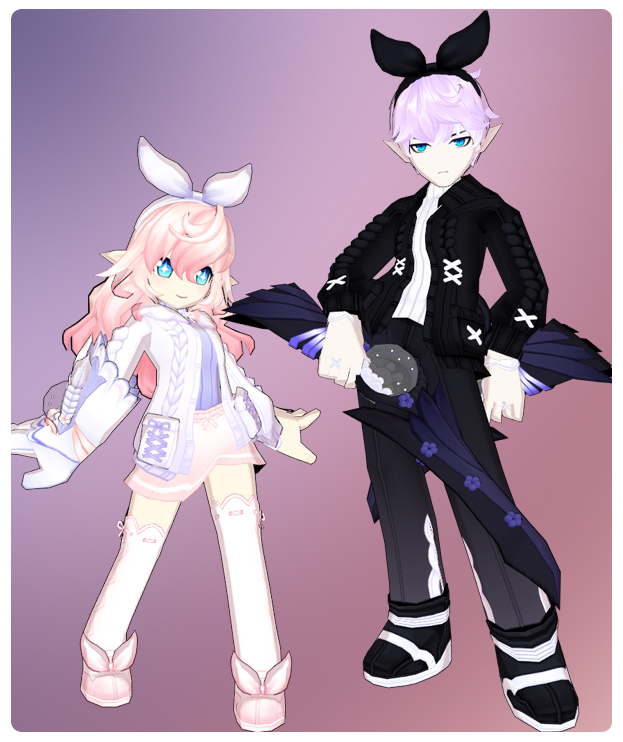 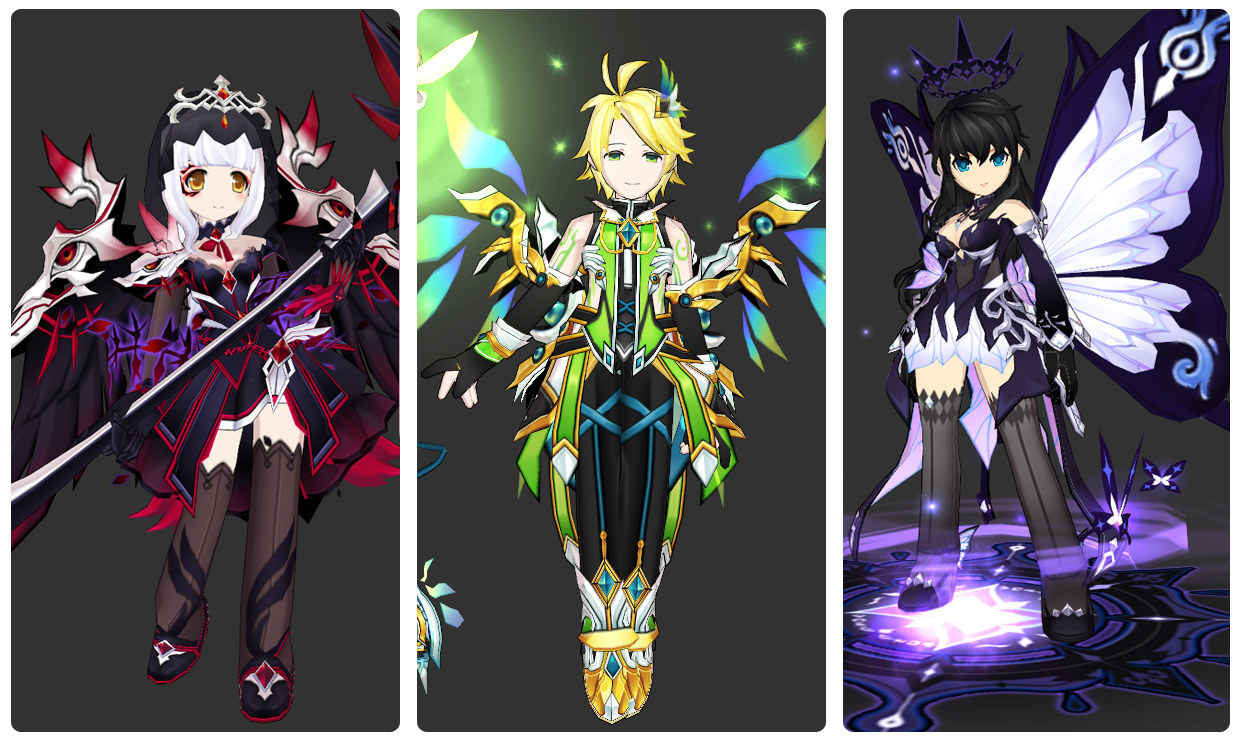 That’s all for now, folks~

Heya adventurers! Have you already pre-registered for The Final Quattuors Part 2? You only have a week left! Don't miss your chance to get your hands on exclusive Merch or K-Ching! Have you started on the 2023 Special Events? If you haven't yet, get started now because you'll have a chance to complete an event exclusive Ice Burner Set! And as always, don't forget to check out the wonderful things we have at the Item Mall this week!   Item Mall Goodies You've lucked out on these locks! These wonderful hairstyles are back so you can get them play around with the colors! Get your hands on the Lord Academy, Colorful Bloom, Elrios Detective Academy, Gentle Chamberlain, and Street Skater Hairstyles!   That's all for now, folks~ See y'all in-game!

Heya adventurers! We've got plenty of event coming in this week, so you better prepare your gaming hands and inventories because it's going to be very rewarding! And as always, don't forget to take a peek at what we have at the Item Mall this week!     Class Change Chance Event Wanting to try out a new class? Here's your chance! When you login for 30 minutes you'll get a [Cobo] Class Change Select Cube where you can choose which Class Change Ticket is most suitable for your needs! And if you login for a total of 60 minutes you'll also get a [Cobo] Physical/Magical Mystic Stone Change Ticket!   Challenge Mode Update Event Keep challenging yourself boosting your skills! You'll get rewards just by doing so! Login once this week for 30 accumulative minutes to get your hands on 1 [Cobo] Elite Striker Party Uniform - Crimson Edge Costume Suit (1 Day) Cube! What does it look like? Tune in this week to find out! Get useful…

Heya adventurers! It’s chill week so you can finish your pending quests and events! Now that you've had a chance to test out Adrestia, what do you think of her? Is she going to be your main from now on or are you holding off to see the very last 4th Path? If you haven't started yet, don't forget that Elesis' 4th Path brings epic rewards to those who participate in the events! Hurry, though because they won't last long! And as always, don't forget to peep at what we have in store at the Item Mall this week!   Item Mall Goodies Noah, Ain, and Laby finally gets to experience a very snowy (maybe even shaky) Christmas with the Snow Globe Custom Motion! Experience a never-ending snowfall!   Missed your chance to get these whimsical Ice Burners? The Wander Marchen, Radiant Flower, and Holy Unicorn are back! They may sound dainty, but they pack a mighty punch! Wander Marchen | Radiant Flower | Holy Unicorn That's all for…

Heya adventurers! Do you feel that? I feel the year is about to turn a new leaf! And soon we'll begin another wonderful and exciting year together! So, for this week, it's sort of chill but you have to login during New Year's to get your special rewards! And as always, don't forget to take a gander at the Item Mall for the awesome goodies we have this week!   New Year Event Find out your New Year's fortune through Elsword's Tarot Card Event! What does the future hold regarding your Health, Wealth, and Goals? Get rewarded with goodies as you unveil your future! Stay tune to find out what rewards you’ll get!     Item Mall Goodies Go nuts and start zooming around the whole of Elrios! Your entrance is a stunner with the Squirrel Thunder Mount!   No matter if the sun is rising or setting, Noah's ready to manifest ultimate supremacy! Don the Dawn & Dusk Sovereign IB Sets this week!   That's all for now,…

Heya adventurers! The Christmas Season is going to be extremely jam-packed with events and even more rewards! In addition to jolly, merry making, we’re launching the new Hair Dye System to elevate your style and individuality further! There’s also a limited-time event where you can upgrade your Raid weapons to be even stronger, but you’ll have to find out how by tuning in! And as always, don’t forget to take a peek at the wonderful new things we have at the Item Mall for this week!   Hair Dye System Update Event There are more ways to customize your look! Change the color of your locks and that's one more way to distinguish yourself among the rest! Choose between a [Cobo] Hair Color Palette (Daily) or a [Cobo] Hair Color Palette (Natural) when you clear dungeons within your level range 5 time! And when you clear dungeons within your level range 15 times, you get to choose a free hair cube! And when you dye your hair once you…

Heya adventurers! It's gotten a bit chilly this holiday season, but the events and the amazing rewards will keep you all warmed up! We've got an exciting End of Year Tourney coming up in 1v1 and 2v2! Join one or both and have the chance to win thousands of K-Ching and cash prices! And as always, don’t forget to check out the fun new things we have at the Item Mall for you!   The Last Quattour Event This coming winter, the last 4 characters will complete their 4th paths! To celebrate, you'll be getting awesome freebies! Tune in this week, to find out how to receive your rewards!   Item Mall Goodies Noah's ready for his crystalline debut! Look absolutely stunning and defeat your enemies using the power of bling with the Lapis Arbiter IB Set! And complete the look with the Lapis Eyes!     At a loss for words? You'll have more ways to express yourself with new Stickers! Get 'em all this week!   That's…

Heya adventurers! It's to get excited once again because this week, we're revamping your guild experience with the Guild System Revamp update! It's the guild you know and love but made even better and more streamlined so watch out! Don't forget, you still have a few more days to finish all of Add's 4th Path event if you haven't yet! And as always, don't forget to take a peek at all the Item Mall stuff we have for this week!     Guild System Revamp Event Your beloved guild has been revamped to be even better! Get ready to experience and enjoy new functions while getting rewards! Starting this week, you'll get 30 [Cobo] Super Gratin just by logging in for 10 accumulative minutes! Completing Daily and Weekly Quests will reward you with goodies like Guild Coins, [Luriel] Sage's Magic Stones, [Luriel] Antique Seed Select Pouch, and more!     Item Mall Goodies Here's your chance to once again grab these beloved costumes! Watch out for the Repackaged IB…

Heya, adventurers! Hope you got some well-deserved rest and quality time over the past weekend. Are you having fun exploring Add’s 4th Path? This week isn’t too busy, so you can pour your attention into working your way to becoming Overmind! Just a little over a week left to earn rewards from the Mad Doctor event!   Item Mall Goodies Arriving November 30th  Noah gets to try out new costume suits this week! First, the Animal Pajama - Desert Fox Costume Suit for a cozy, snuggly look in between parties.   Then we have the Elrios Choir Costume Suit for those who like to harmonize with the Elgang!     Snazzy things up with stickers! Diary Decoration Confetti sure can brighten up your day.     Finally, you can be more like Add with the effect accessory, Awakening: Add!       That’s all for now, folks~ See y’all in-game!